Teams who Could Surprise in the 2018 World Cup Groups

The undeniable beauty of any World Cup tournament is the genuine possibility of upsets. In an instant, players many of us might never have heard of before can become household names, helping their underdog nations achieve surprise results against the powerhouses of the global game.

Think back to Cameroon striker Roger Milla dancing by the corner flag to celebrate his goals at Italy 1990 or, more recently, Costa Rica topping a group that featured Uruguay, Italy and England, then reaching the quarterfinals at Brazil 2014. It’s the stuff that World Cup dreams are made of and make these tournaments all the more enjoyable; especially if you’ve backed some of the less fancied teams.

Following the draw for the 2018 FIFA World Cup in Russia, as we anticipate the thrills and excitement of the tournament beginning in June, the group stage offers some very real possibilities for upsets, with the chance that less fancied nations could make it through to the knock-out stages.

Whichever of the 32 teams competing this summer catch your attention the most, when getting ready to place wagers during the tournament, comparing bookmaker sign up and free bet offers at Oddschecker makes good sense, with many offering enhanced and money-back specials at the World Cup.

As we take a look at three teams that could be the surprise packages during the group stages at the 2018 World Cup, making the most of such offers becomes all the more appealing, for those who fancy a flutter on some of the underdogs.

As the host nation, the weight of expectation rests firmly on the shoulders of the Russian players and their coaching staff, which makes them one of the favourites to progress from Group A. The potent attacking trio of Edinson Cavani, Luis Suárez and Cristhian Stuani, all of whom have been in superb form this season, also makes Uruguay a team that should progress comfortably.

Assuming with good reason that Saudia Arabia will likely be the group’s whipping boys, Egypt will be the team to watch in Group A, especially boasting Mohamed Salah in their ranks. Although it’s often said that one man doesn’t make a team, the Liverpool forward has been outstanding this season, both in the Premier League and the Champions League. If that form continues, the Egyptians will certainly be capable of springing a surprise or two at the 2018 World Cup. 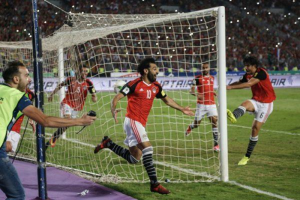 Taking a quick glance at this group, Spain and Portugal are the obvious favourites to progress. Both teams are packed with stellar players but the encounter between the two sides could prove decisive and make their respective games against Iran and Morocco all the more important for qualification, with the Iranians potentially the most likely cause any upsets.

Iran manager Carlos Queiroz boasts an enormous wealth of tactical knowledge, particularly when it comes to both Portuguese and Spanish football, which he’ll put to particularly good use when preparing his team for the encounters with those two rivals. They might not boast any famous stars, but Iran under Queiroz have become a tactically flexible side, able to defend and attack well as a compact unit, making them a team that’s very difficult to beat and one that shouldn’t be underestimated. 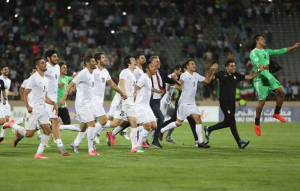 Considering that Lionel Messi is considered one of the clear favourites to top the World Cup scoring charts, many are considering Argentina as a sure bet to qualify from the group stage with ease. Meanwhile, Croatia arguably boast one of the strongest midfields at the 2018 tournament, with players like Ivan Rakitic of Barcelona alongside Mateo Kovacic and Luka Modric of Real Madrid, or Ivan Perisic and Marcelo Brozovic of Inter Milan. 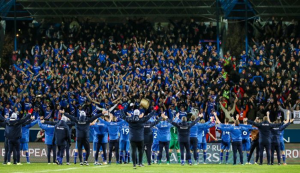 However, despite having so many star players in their sides, Argentina scraped into the tournament and Croatia were very hit and miss. Indeed, Croatia actually finished behind Iceland in their qualification group, and as fate would have it, the two sides feature in the same group at the World Cup finals. Few can forget the marvellous support and team determination Iceland showed at Euro 2016, which makes them one of those carefree “nothing to lose” kind of underdogs that few rivals will cherish facing.

If you are researching Under/Over Leagues, the first thing you need is a solid bookmaker who will give you good odds on […]

The rapid rise of the Internet created a platform for many online businesses. Gambling is not an exception and today, we have […]

The marked difference between Sam Allardyce and Roy Hodgson, many say, was that Hodgson told players what to do while Allardyce let […]

As an exciting International week comes to a close as we return to the familiar business of the Premier League this weekend, […]